“It was an amazing trip.” Said Kropp. “I wish it were longer.”

The boys travelled from Columbus to Baltimore, then took an overnight flight from Baltimore to London. Once there they took a bus ride in to London to their hotel.

There was no time to be over-awed by the occasion, as training began later that day. The training sessions were aimed at improving the players’ technical skills, something that the SFA always focuses on.

“It was very similar to what we do (at the SFA).” Said Kropp. “I felt very comfortable with the focus of the training. Some of the kids didn’t look as used to it. James (Field, SFA owner and head trainer) had me very prepared, not just physically but mentally. Before we left he let me know what to expect.”

The training sessions were punctuated by two matches, one against the Tottenham Development Academy team, and one against Queens Park Rangers’ development academy team. Both of these squads featured slightly older, bigger players, which was a problem for some of the boys, Dylan said.

“They didn’t look comfortable with the physicality. Some of these guys were two or three heads taller than me. But (Coach Field) had drilled us on separating from defenders and opening up our bodies to be in a position to play forward, so it wasn’t a big deal for us.”

It wasn’t all hard work, however. The players were given a VIP tour of White Hart Lane, Tottenham’s historic home which is set to be renovated after this season, as well as a trip through London to see the sights. 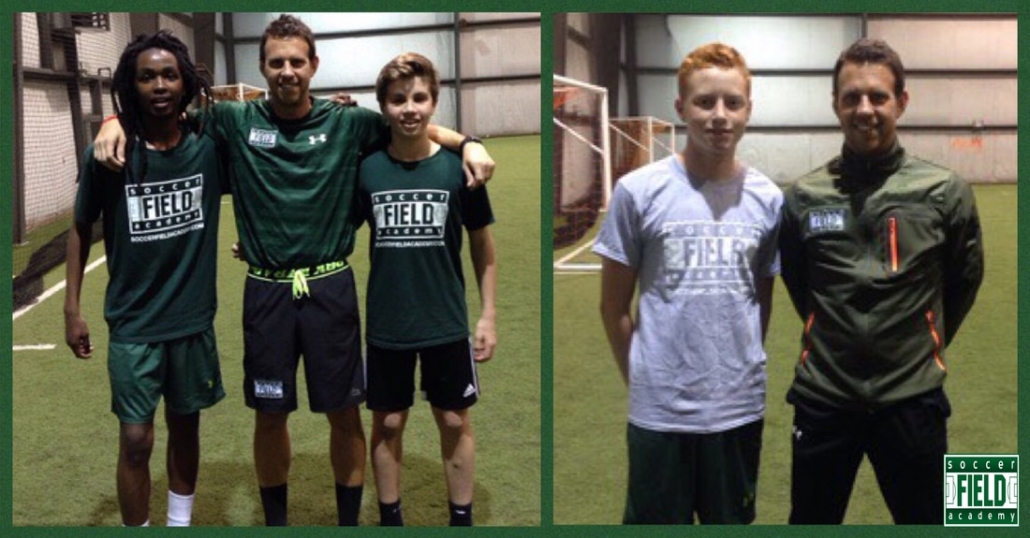 All in all, it was an unforgettable experience for the young men invited.

“It was really amazing.” Kropp said. “I’m really thankful for the opportunity, and for all of coach Field’s guidance and advice. He really helped get me there.”

​For more information on SFA Training for boys and girls stay tuned to www.soccerfieldacademy.com and follow us on Facebook for breaking news updates!